Here are a number of the “Key Ideas” I pulled from my reading of The Art of Readable Code by Dustin Boswell and Trevor Foucher. 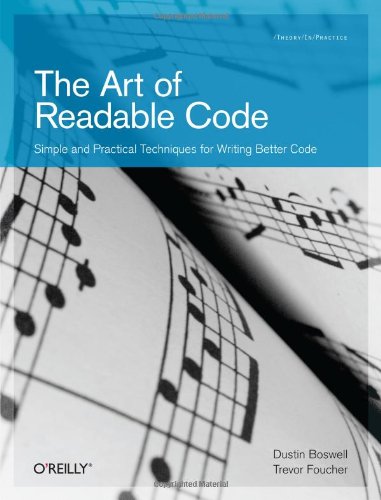 These are merely the notes I took. They are not meant to represent anything more than that. I highly recommend you read the book, it’s really good.